Duke deals out gunshots and insults on Android 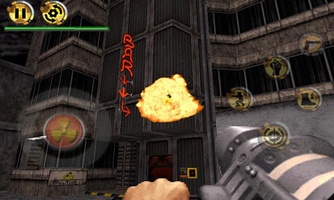 Advertisement
Duke Nukem 3D, one of the undeniable kings of shooter games of the nineties, has arrived on Android devices. And he does it in style: with a 'port' which is true to the original, free (like the 'shareware' version that came out afterwards), and with some perfectly adapted controls for the needs of touchscreens.

This version of the game, like the legendary 'shareware' version did in its day, only includes the first of the three chapters that the game is made of. That way you can play the more than ten levels that L.A. Meltdown is made of, confronting all its enemies and using all the objects and legendary weapons of the original game. The rocket launcher, the shrink ray, the freezethrower, the chaingun cannon... They are all there.

The touchscreen controls, as was expected, is not perfect but it's close enough. Duke's movements are sometimes too fluent, almost 'roller-skating' in some zones, but the aim and the change weapons system are perfectly adapted, giving place to a very nice gaming experience.

Graphically, Duke Nukem 3D has remained intact. And considering it was already old-fashioned when it came into sale on computers, it's very easy to imagine how old-fashioned it is now. Still, it keeps on having an undeniable charm that will especially please the retro lovers.

Duke Nukem 3D is a very decent 'port' of one of the best first person action games of all times. Duke's charisma remains intact in this version that, thanks to the magic of Android devices, will allow you to kick ass in any place.
Reviewed by Andrés López Translated by Jonas Laveyne
Advertisement

The best game in the world

Caesars Slots
Slot machines with a lot of history
Apple Knight
A 16-bit action platformer
Barnyard Games For Kids Free
Awesome games to help children learn about the world
Piano Fire
Tap the keys and don't make any mistakes
Pixel Combat: Zombies Strike
Fight the zombies with all kinds of weapons
Wizard Legend: Fighting Master
Take down all the enemies you find throughout this dessert factory
Medieval Life
Discover what living in medieval times was like
Magic Star
Advertisement